Please contact your preferred outlet before placing an order

Some of our replacemyplates.com retailers may be shut as part of the government guidance for COVID-19. We are working with all our retailers in the coming days to establish the situation and we’ll continue to keep you updated.

As a legal document, the number plate design can be complicated if you don't know the rights and wrongs, so we've made it really simple to order your replacement number plate.

Cars and motorcycles have two slightly different prescribed digits.  Both are based on the New Charles Wright font, and must be printed at a high density of blackness so they can be easily read by humans and ANPR cameras alike.

Phew! To take all this complexity out, our plate designer gives you a preview of the final finished plate with the right spacing.

A border on a number plate can be up to a specified thickness, and must not be retro-reflective so ANPR cameras can read the plate. 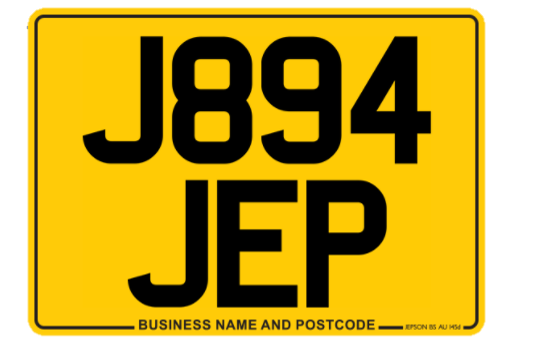 Double and dotted borders are not permitted.

Did you know that the digits on a number plate design were made slimmer to allow for a regional or GB flag?

You can include a flag up to a certain width, providing it meets with DVLA rules and all our plates meet the rules.

Finally, and most importantly, your number plate must show where it was made (bottom centre of the plate), who originally manufactured the parts (JEPSON) and that it is British Standard compliant (both shown bottom right of the plate).

Have a go at our quiz on legal and illegal number plates.